You immediately get the sense that the desert in Arizona isn't just a barren wasteland. The rivers, such as the Salt River, that flow through the valleys of Arizona spread life to the various cactuses and other flora as well as to the numerous birds, insects, and other beasts that inhabit the area. The various Native American museums will tell you more about the geographical features of the land and how they relate to the way of life.

The garden itself contains several areas. Taking the main loop and a couple of offshoots takes about an hour and a half to two hours. Walking the entire route would easily take a half day or more.

I noted that the appropriate season to visit is the Spring, but you will have a good experience in both the Winter and early Spring. The weather is mild compared to the late Spring to early Autumn. It echoes my sentiment about Phoenix in general. It's too damn hot in the Summer. Obviously this is the subjective opinion of a native Californian where weather is mild all the time (unless you actively seek the snow or desert).

I highly recommend visiting the garden. There is much to photograph, draw, paint, and observe. 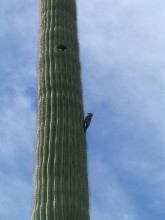 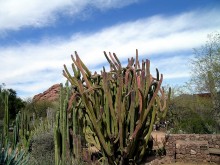 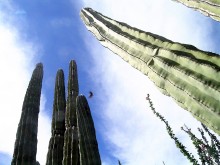 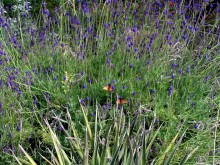 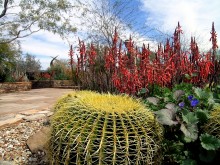