Hyde Park is a casual park in the middle of London near Paddington Station. This makes it a perfect place to walk around and observe if you're waiting on a train or a flight out of the country. It's not really picturesque. It does however offer places to sit down and rest. There's plenty of paths and grass to walk on. Swans to feed. Flowers and gardens to look at.

In August 2006 I had less than a 24 hour layover in London for which I spent the night at a hotel. After breakfast I had time to kill before my train so I walked over to the park. Even though I had blisters on my feet from the South Asian adventure I had just returned from I still enjoyed walking around. You might say I have some sort of masochistic tendency. But it's more of a, "Hey, I'm here. So why don't I make the most of it?" sort of thing.

So the purpose of this walk was to kill time. Hyde Park is a perfect time waster. Unexpected things usually pop up in public parks such as the annual Carnival celebration shown in the pictures below. 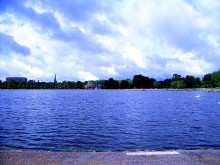 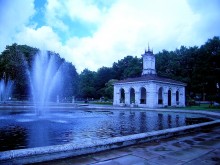 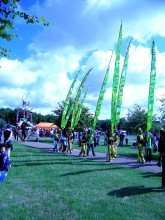